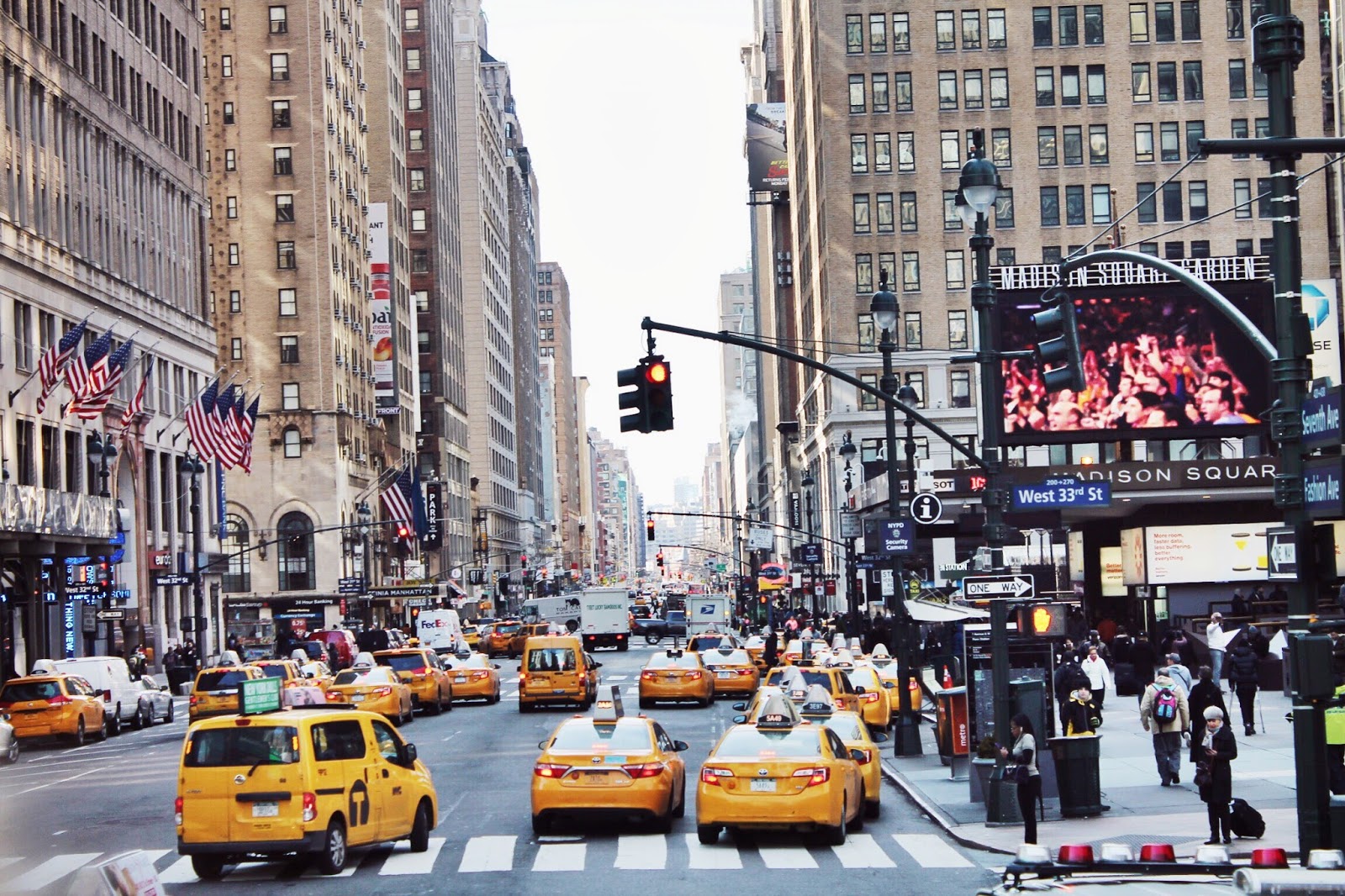 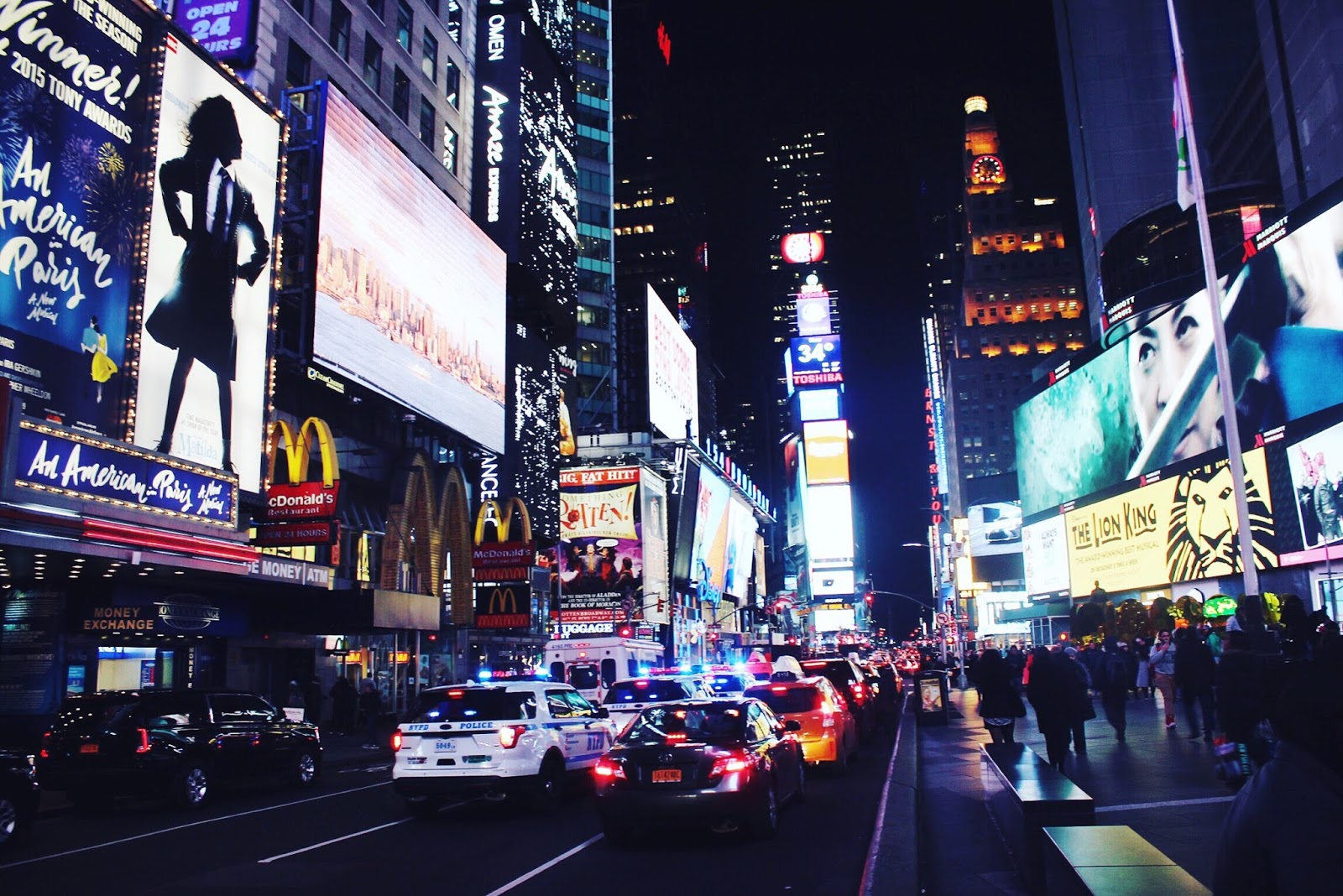 This trip was what you could call a dream; everything I would have expected from New York and more! The busy streets filled with the yellow cabs to the craziness of the lights and people in Times Square… as well as the magical walk in Central Park while the snow covered the ground ( just how I wanted to see it!)

On our first day we were quite tired from our flight so decided to do the touristy bits closest to us; but seeing as we were in the centre; staying in the Crowne Plaza Times Square meant that we were close to an awful lot! We headed to 5th Avenue where we were greeted with the most splendid shops; many of which were to expensive to shop in, such as the likes of Prada and Louis Vuitton however they do make for great window shopping. Grand Central station was next and was just as I’d have imagined and had seen in many movies and programmes such as Gossip Girl. In the evening; and every evening to follow it was great to see Times Square at it’s best, with it all lit up and the hustle and bustle of the nighttime traffic. 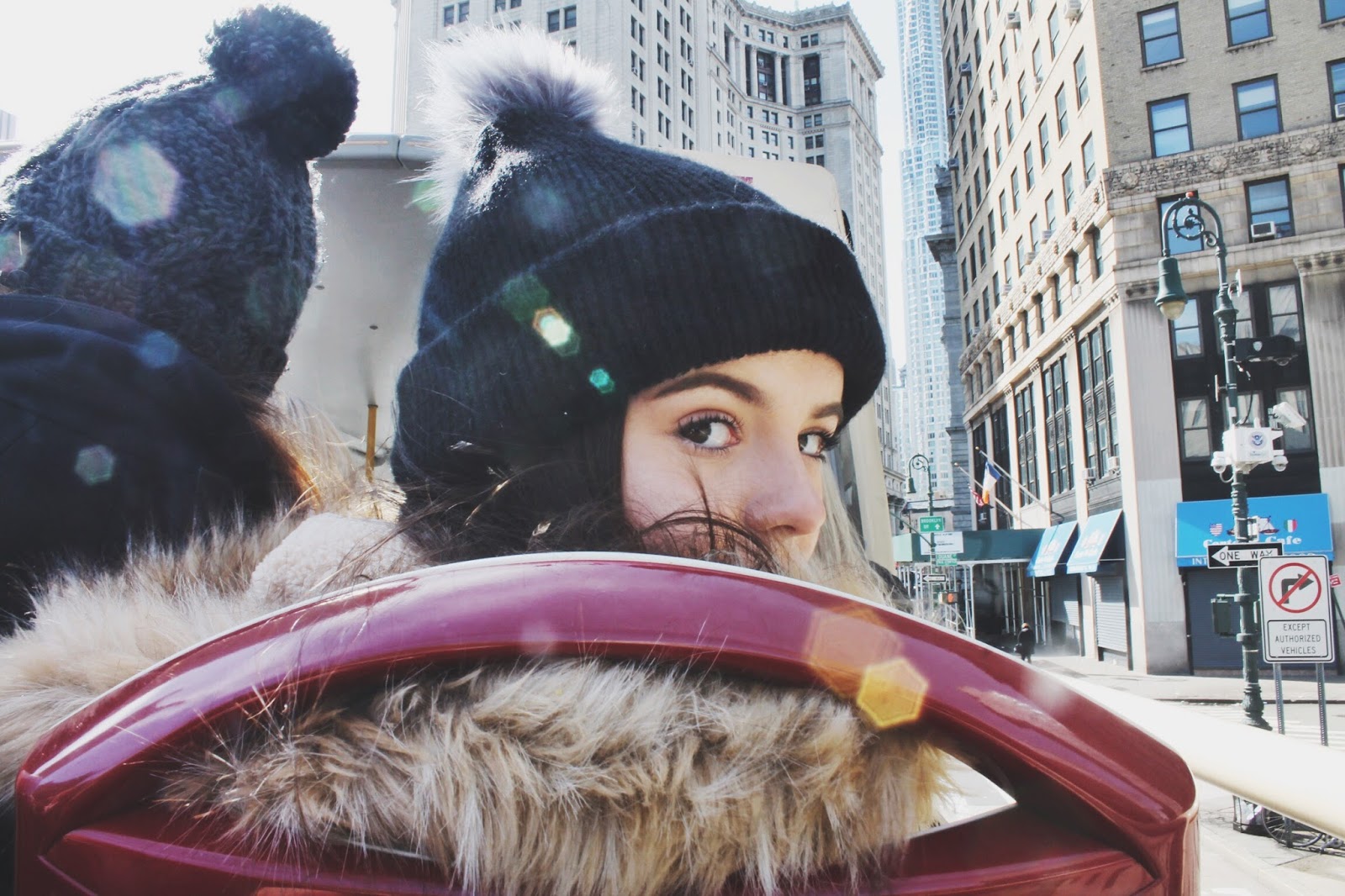 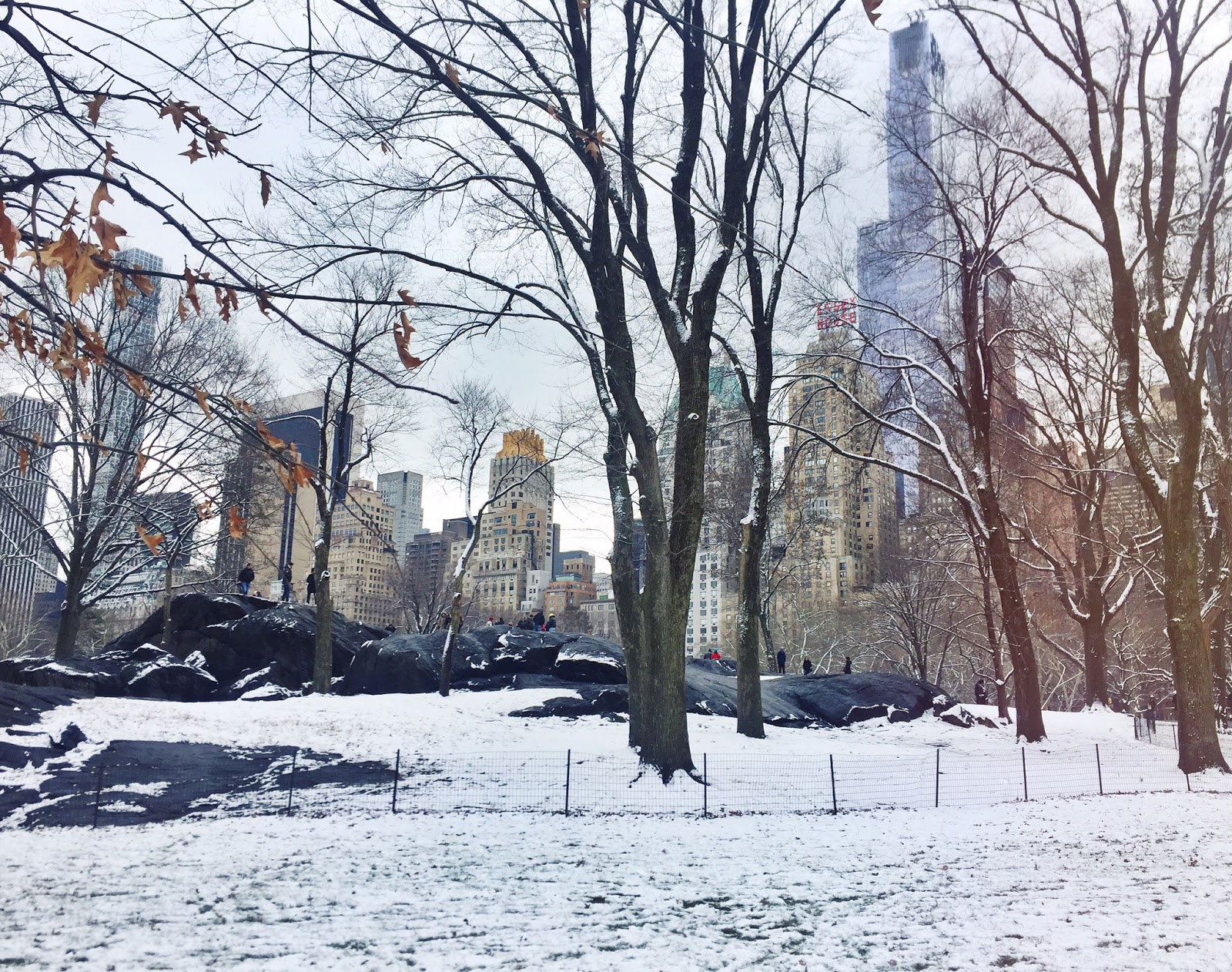 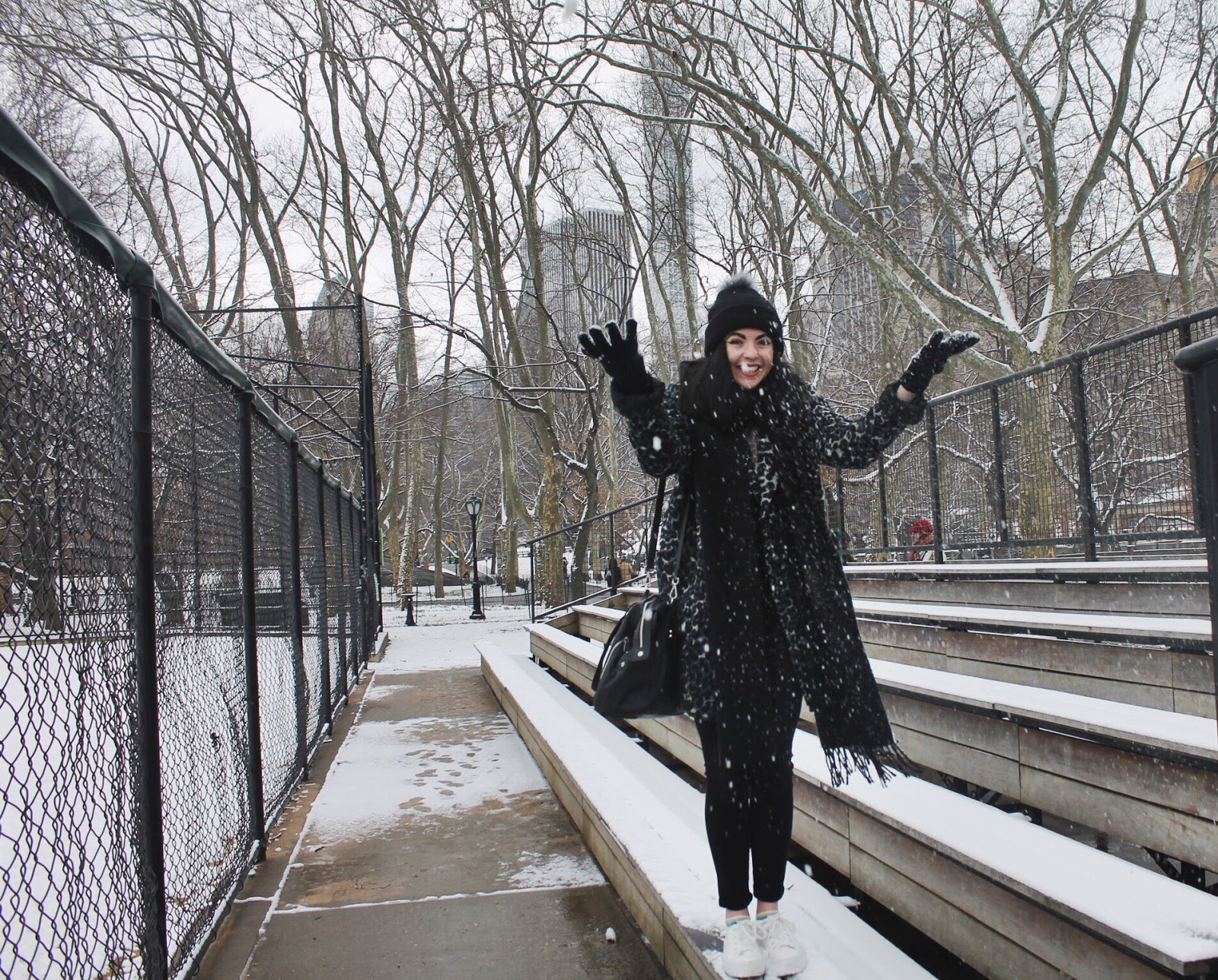 We decided to get tickets for ‘The Big Bus Tour’ which was definitely worth it; and I couldn’t recommend enough. Stopping off at the places that were top of our list to see; like Central Park where we wondered round in the snow and then decided to get on a Horse and Cart which was a great idea as they had massive fluffy blankets which kept us warm… for a bit! I really can’t describe how pretty it was with the buildings peaking through the snowy trees. As you can tell I had fun being a child throwing snow in the air! 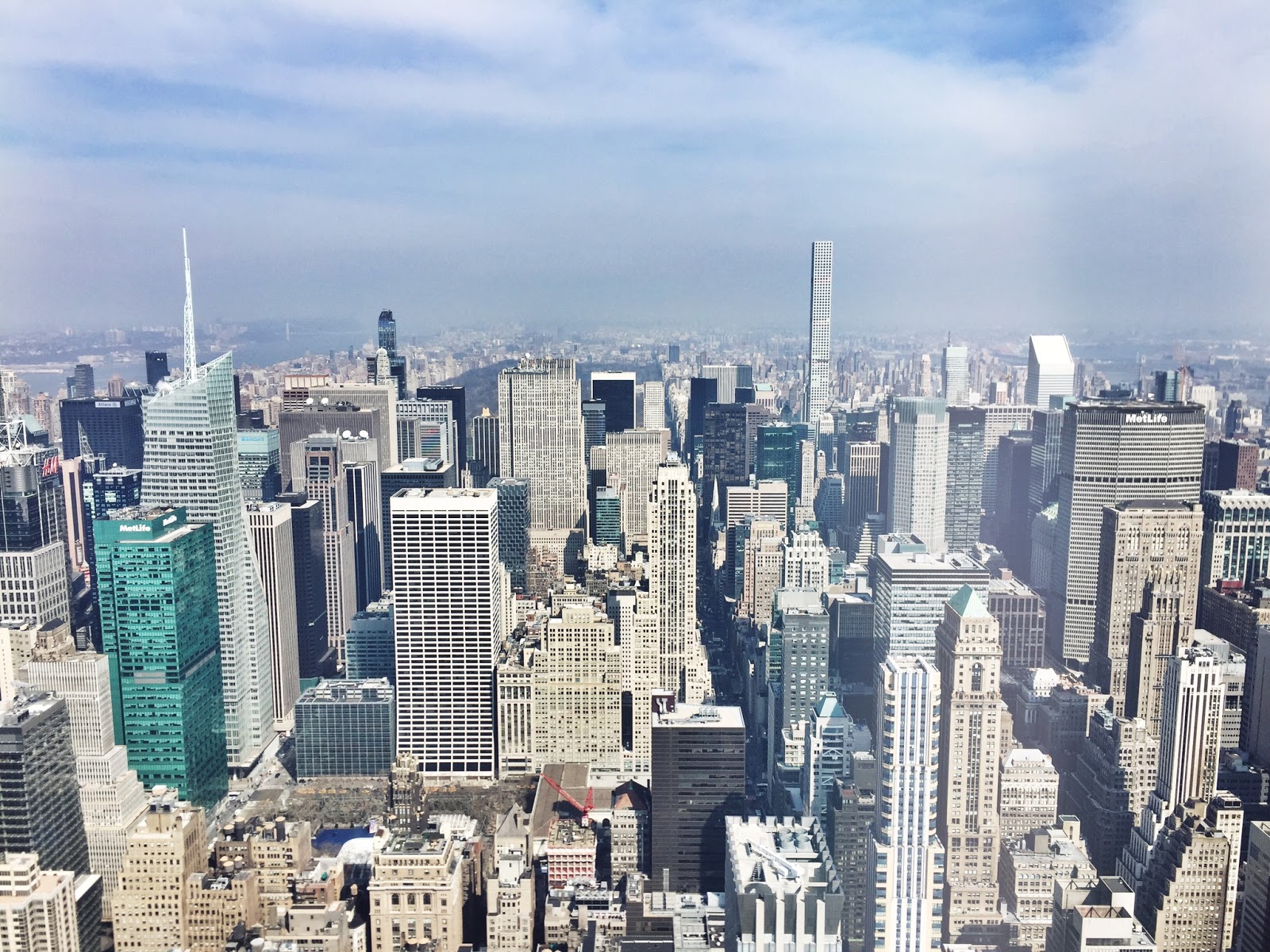 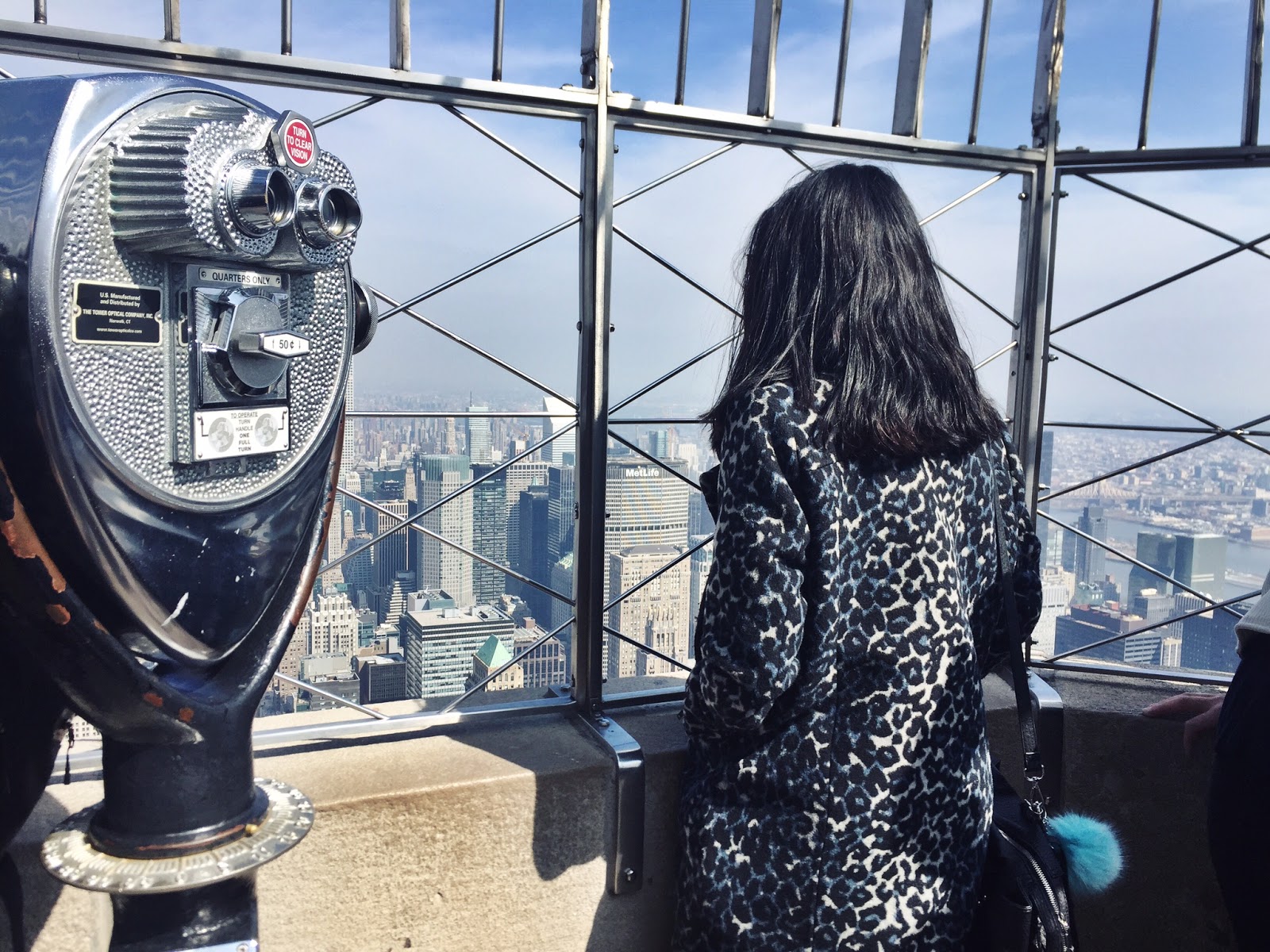 The Empire State Building was probably the one thing I had been looking forward to the most; I love the idea of looking over such a beautiful city and the acres of buildings that overlook. I wasn’t quite expecting it to be as windy as it was on the 86th floor but wow it was beyond windy and I had to take my hat off to stop it blowing away. The fact you got to see how big Central Park was, was pretty amazing and I could have stayed and watched over New York City all day and night! 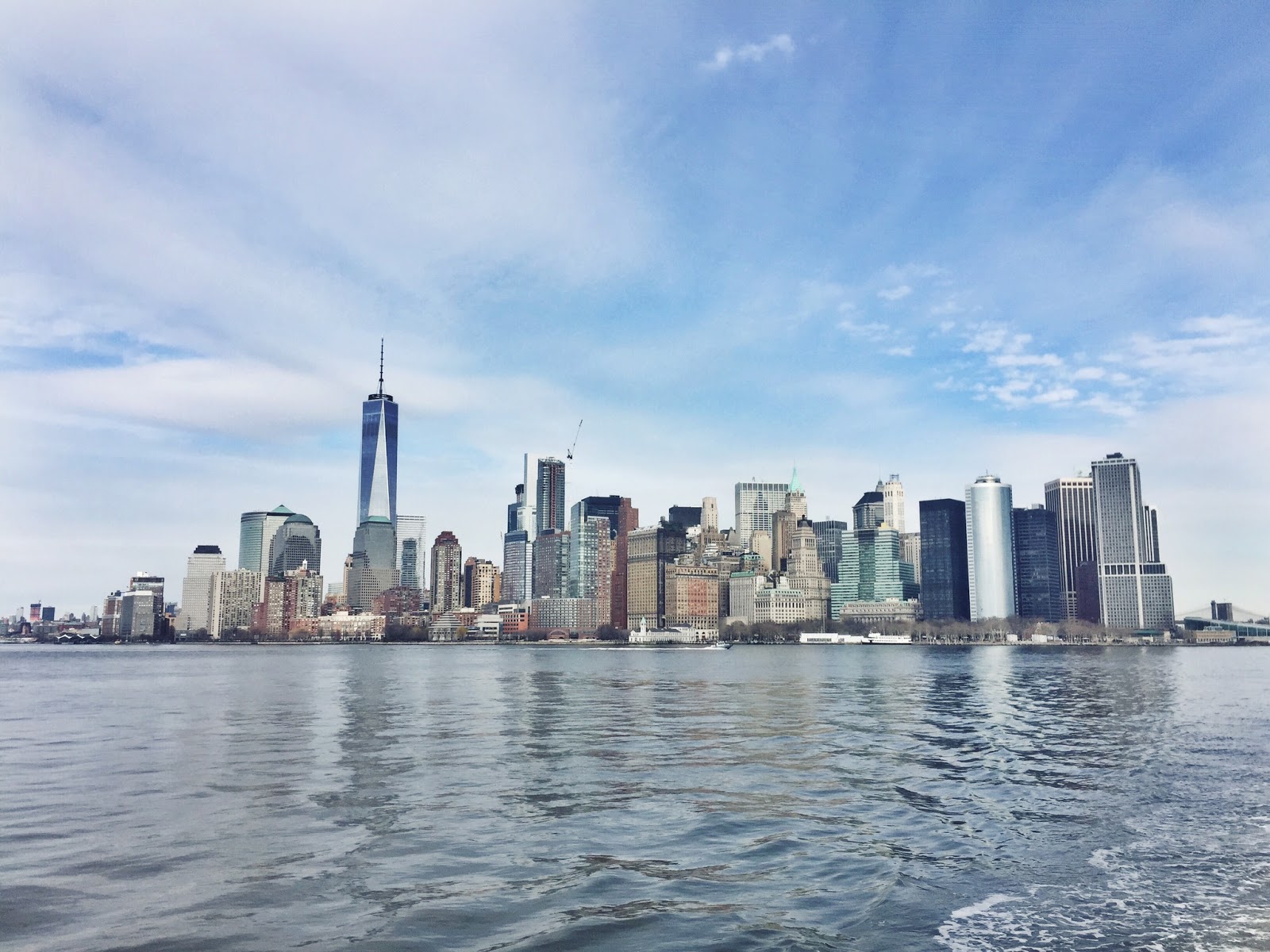 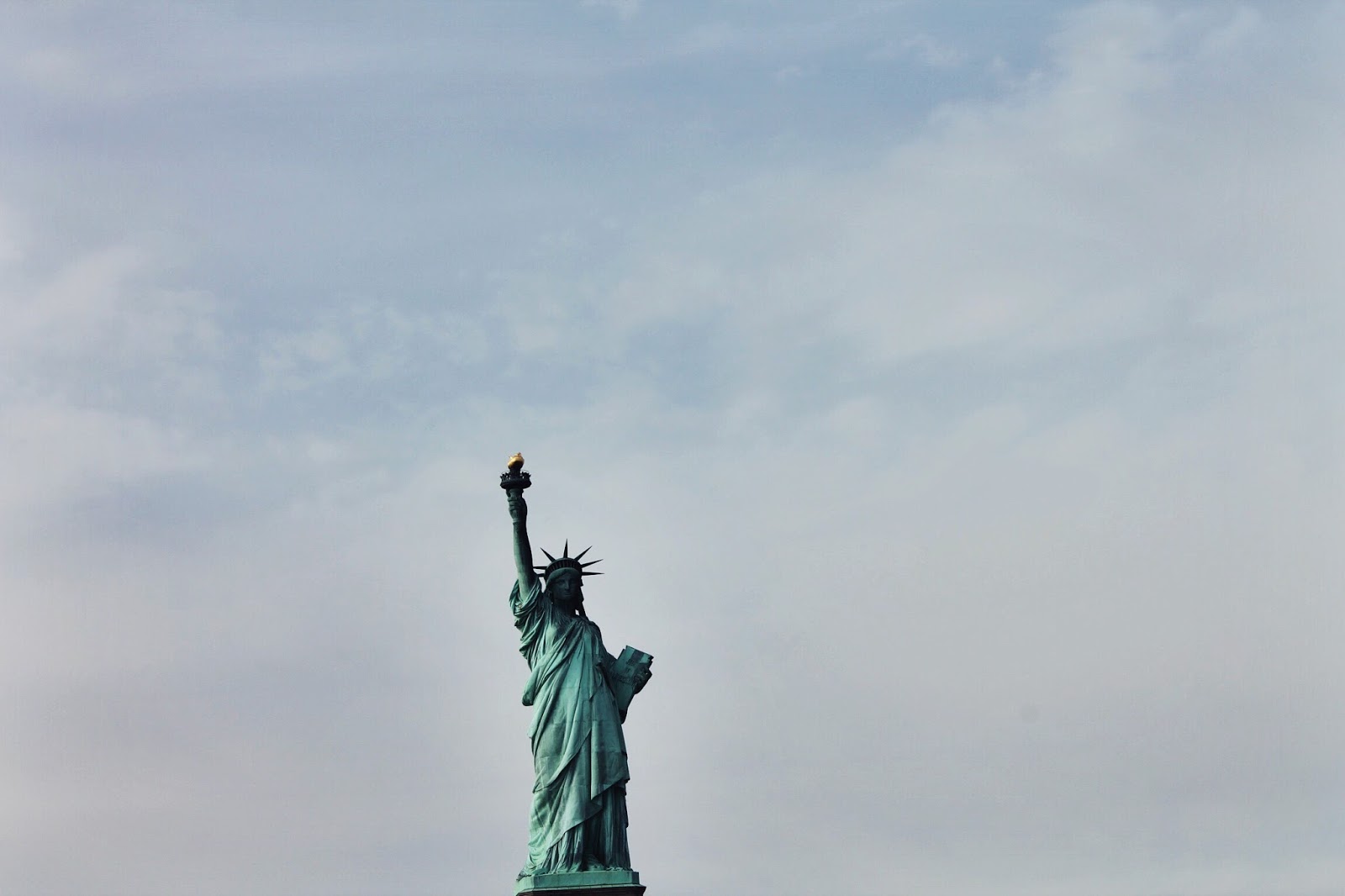 Taking a ferry round the Statue Of Liberty was every tourists dream; and something you just have to do when you visit New York for the first time. We did this after visiting Ground Zero which was truly heartbreaking and I couldn’t describe how real it felt to be there; something that made me really think about the events that happened that day. 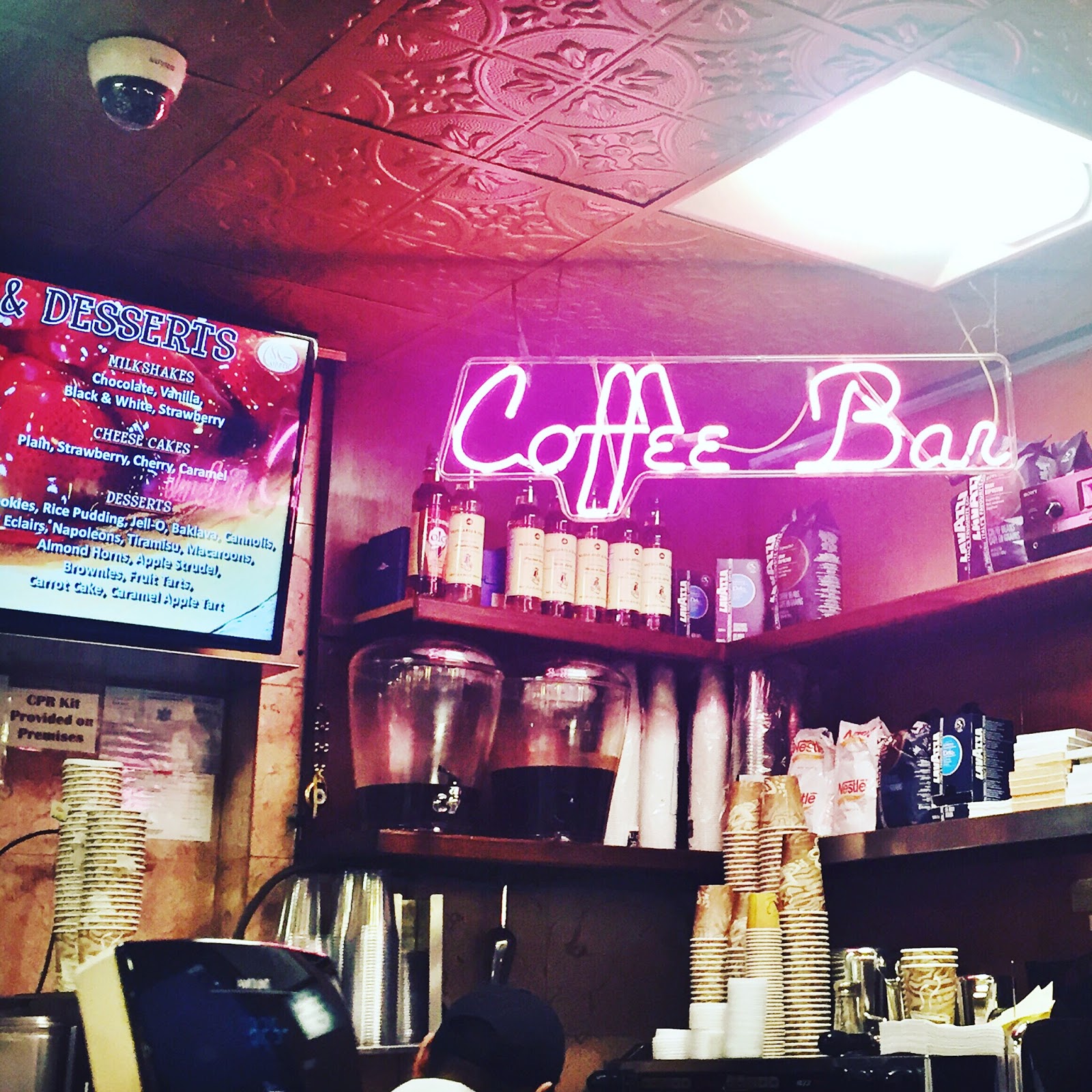 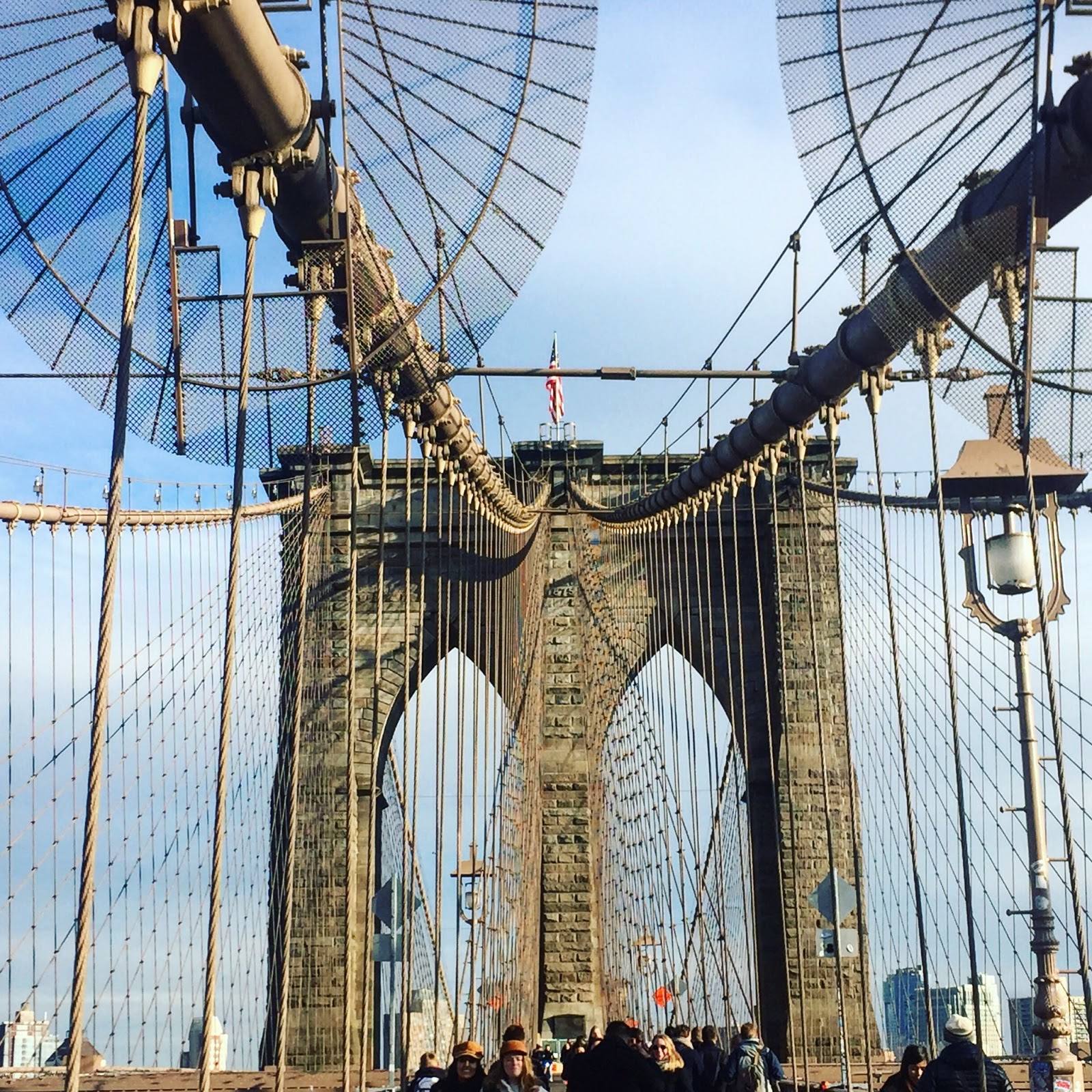 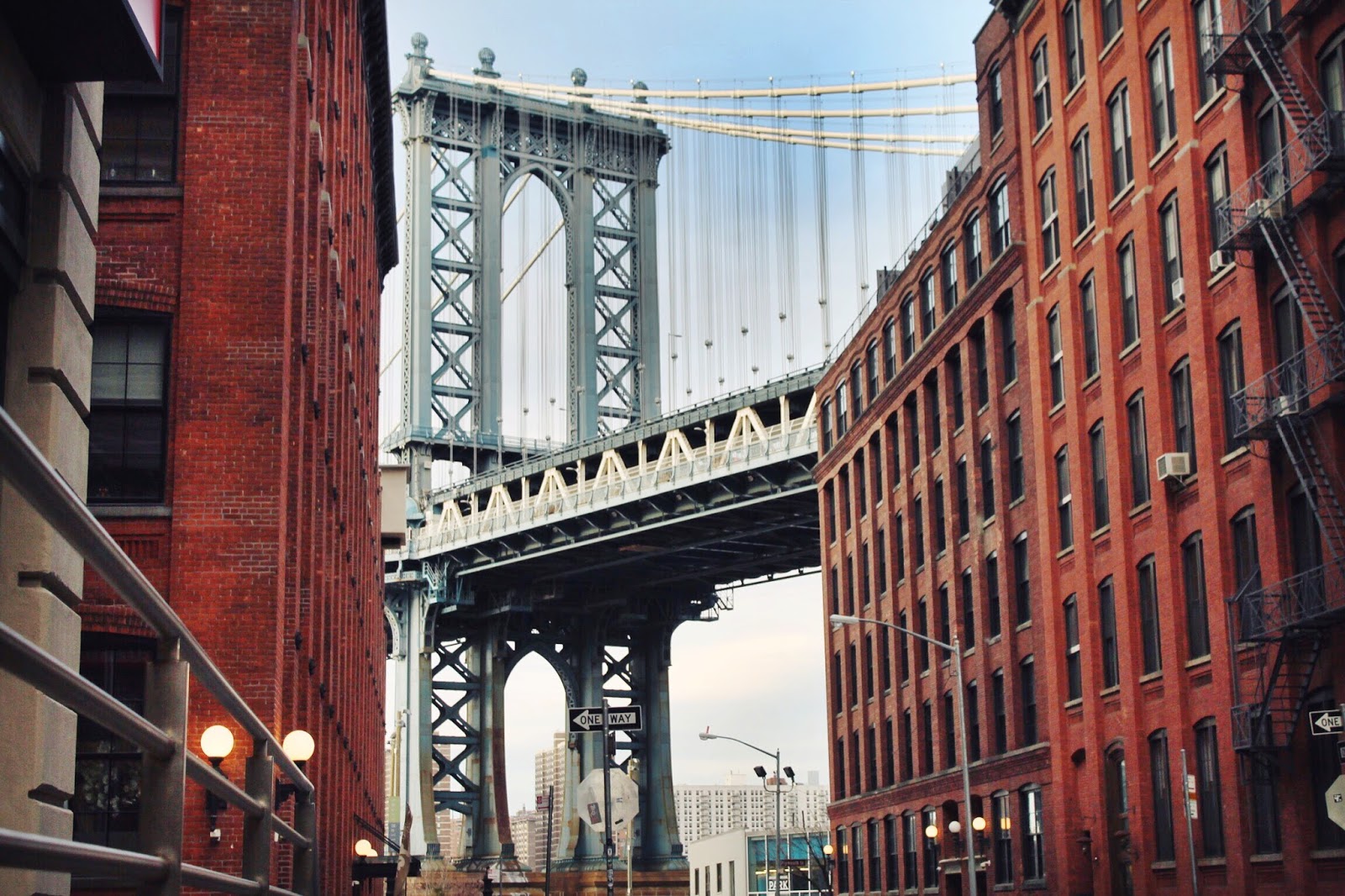 Boy did I love Brooklyn! It was one of the coolest places I’d ever been and downtown Brooklyn was full of brands taking photos by the bridge, bloggers having their photos taking and I felt at home; would love to live here in the future. We went over to Williamsburg which was full of Vintage style shops and I loved everything. The walk over the Brooklyn bridge was so fun and the bridge was covered in various stickers and padlocks with peoples initials on them; if i’d have known I would have loved to have put one on the bridge as well. 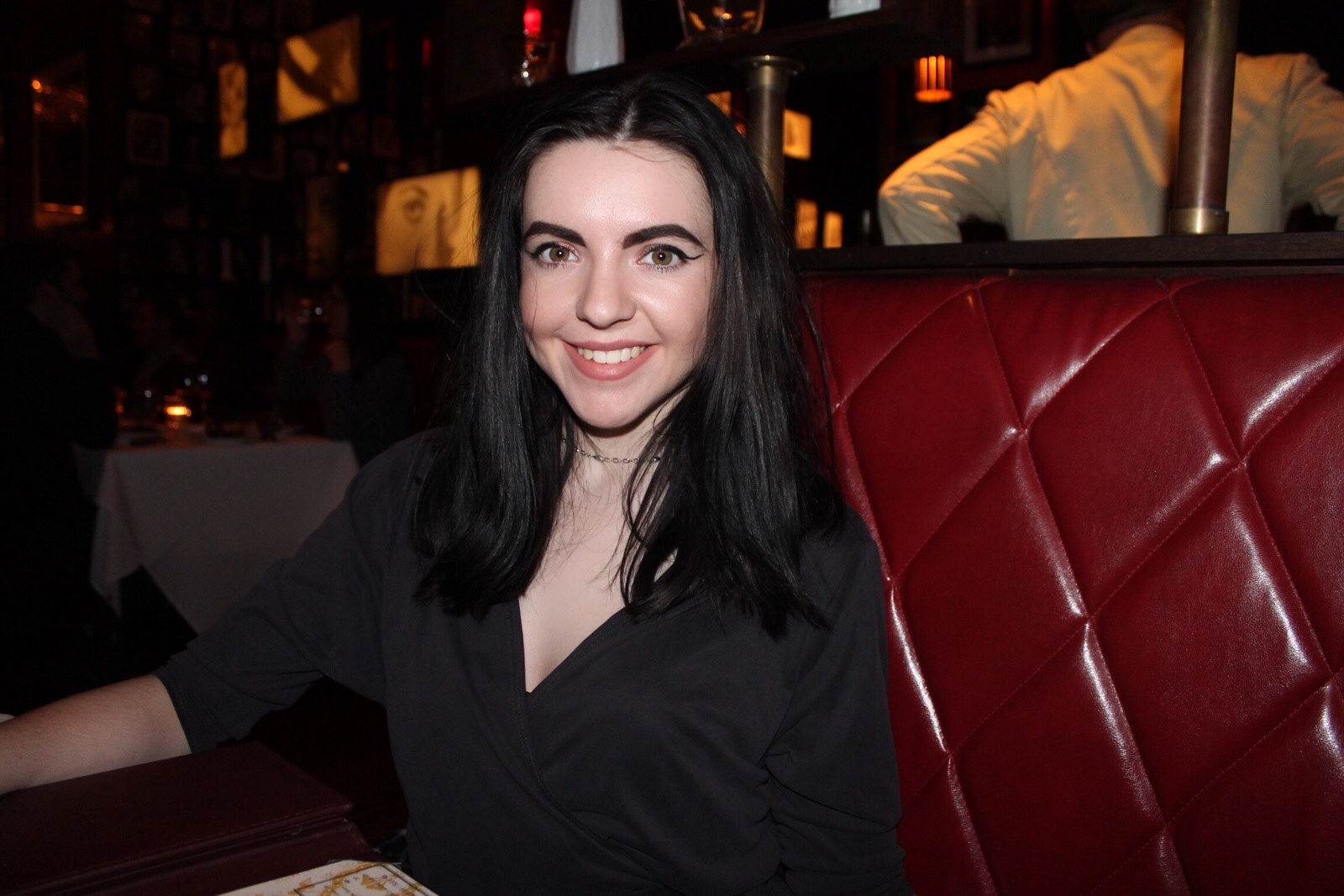 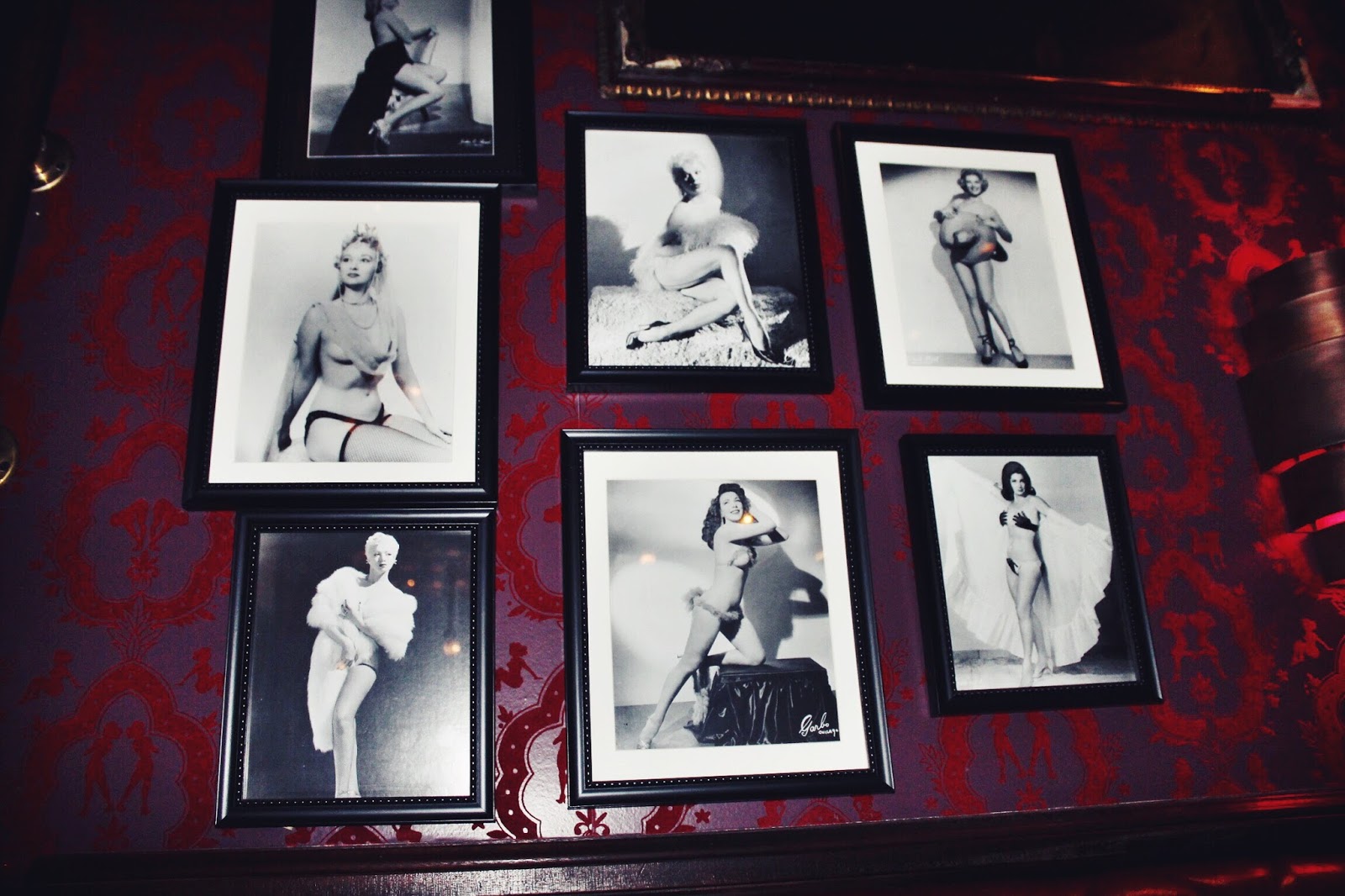 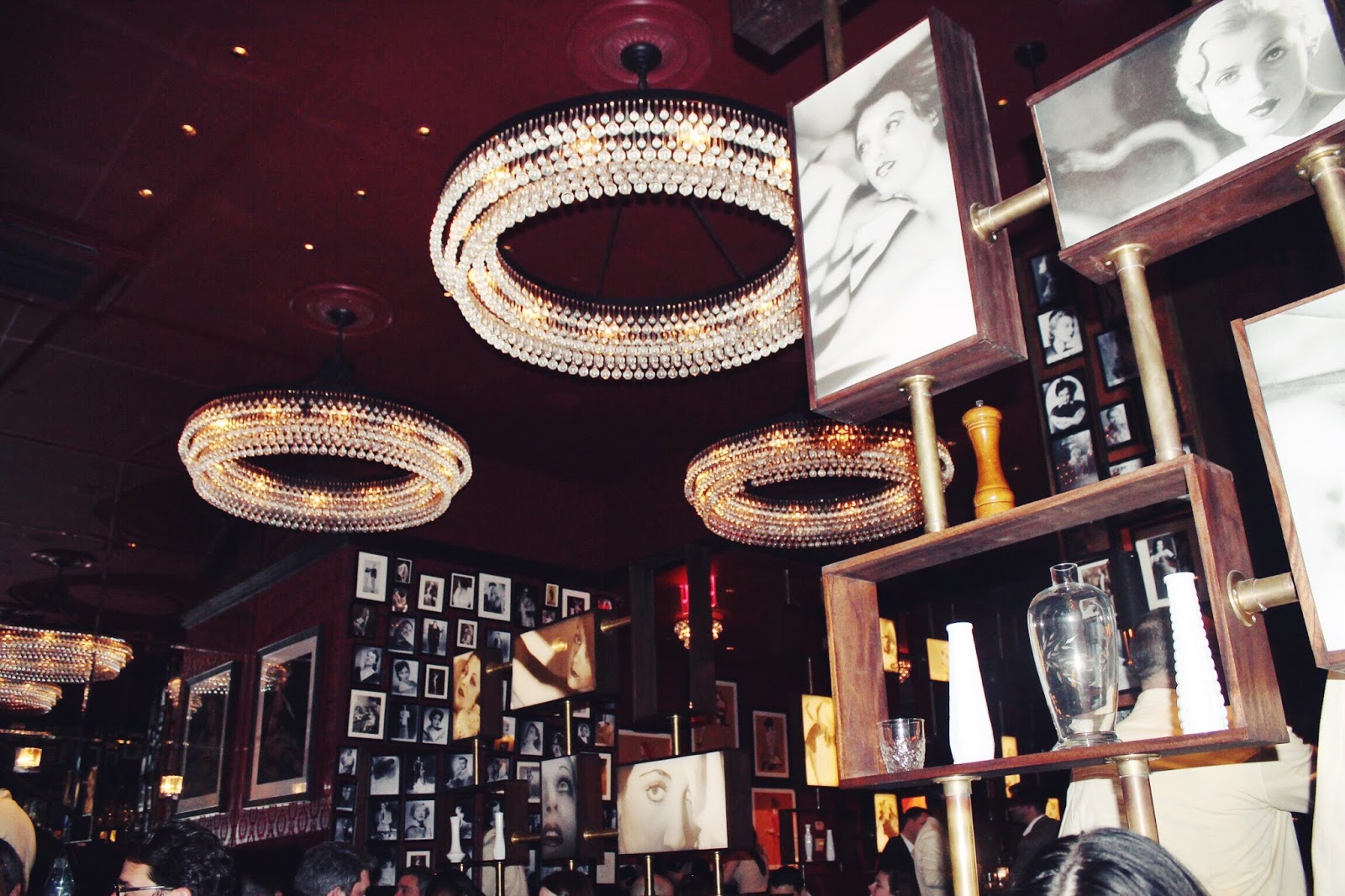 On our last night we went to this INCREDIBLE restaurant ‘The Strip House’, the perfect place for people who love high end delicious steak; which is something I can’t resist. The lights were dim and the walls were covered in the black and white photos of beautiful women from the 50s and 60s era. We did order rather a lot of food, much more than we could eat but all of it was so good not to try and there was definitely no room for desert!

One response to “A New York Photo Diary!”